The head of the Russian Orthodox Church called on the Russian military to carry out their duty for the country's independence from “powerful external forces” at an important historical moment. He called the accusations of militarism in his appeals nonsense 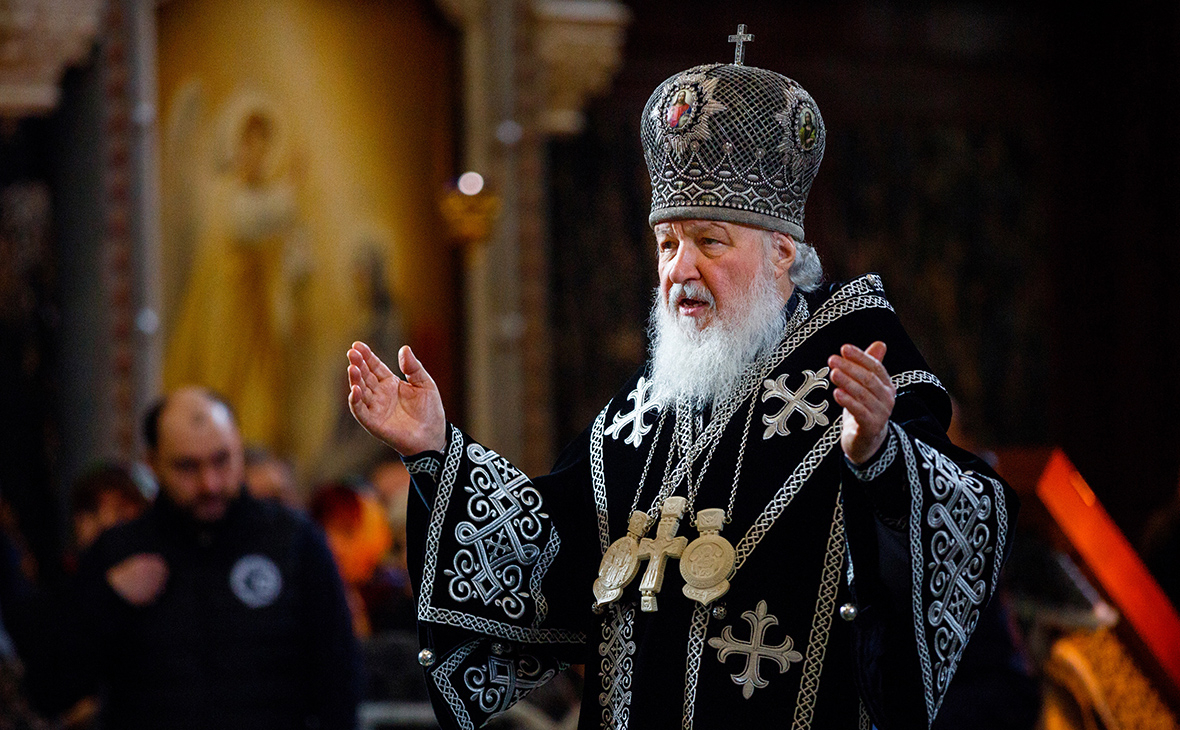 Russia is going through an important historical moment these days, the army and navy of the country need prayers and help, since the sovereignty of the state depends on their actions, Patriarch Kirill of Moscow and All Russia said after the liturgy in the main church Armed Forces in Kubinka near Moscow. The broadcast was conducted by the TV channel "Spas" on VKontakte.

“Remember, brethren, that how you carry out your military duty <…> to what extent, I am not even afraid of these words, you are able to lay down your soul for your friends according to the commandment of God, the freedom, independence, independence of our Fatherland will depend <…> even from the most powerful forces that practically rule the world today,— said the head of the Russian Orthodox Church.

At the same time, the patriarch denied accusations of the militaristic nature of his appeals. «My words— this is not what our opponents would like to characterize as another militaristic speech of the patriarch, all this is nonsense, — he emphasized.

According to Patriarch Kirill, Russia does not intend to seize or occupy any state and does not wish harm to anyone.

At the end of April, the head of the Russian Orthodox Church was accused of supporting the Russian military operation in Ukraine in the Lithuanian Foreign Ministry. The head of the department, Gabrielius Landsbergis, said that Vilnius had proposed to the European Union that Patriarch Kirill be included in the next sanation list, noting that such a scenario is now being discussed. “This man, in my opinion, is not engaged in pastoral care, but destroys souls, if you try to find some kind of spiritual term to describe his statements,” — the minister explained.

In response, the ROC called Lithuania's initiative “nonsense, a rejection of common sense.” The task of the Foreign Ministry is to preserve the channels of communication, and not to destroy them, said the head of the synodal department for relations between the Church, society and the media, Vladimir Leygoda. In his opinion, the introduction of restrictive measures against religious leaders — this is “already some kind of anti-diplomacy.”

Read on RBC Pro Pro How an accountant created India's largest bank for the poor at a cost of $6 billion Articles Pro Why import substitution of software in Russia will go the way of the Belarusian shrimp Now a top manager is looking for a job: four tips Instructions Pro Former head of eBay and Hewlett-Packard: “You need to run into a fire, not from a fire” Crisis Situation Instructions Pro Business is queuing up for cloud services. What services are in demand Articles

Then, at the end of April, the issue of sanctions against the head of the Russian Orthodox Church was raised in the Verkhovna Rada, whose deputies submitted a draft resolution to the parliament. As explained in the Rada, Patriarch Kirill “repeatedly publicly supported” actions of Russian troops in Ukraine.

The White House in early May commented on the possibility of introducing restrictive measures against the patriarch, saying that “no one is immune from our sanctions.” The US administration added that they are studying options for new measures.

The Pope, in an interview in the Italian newspaper Corriere della Sera, spoke about a conversation with Patriarch Kirill, which took place in mid-March. For half of the conversation, the head of the Russian Orthodox Church read to him the reasons for the operation in Ukraine, the pontiff said. Francis added that he listened to the patriarch, but urged him to look for ways out of the crisis and cessation of hostilities. “Brother, we are not state clerics, we must speak not in the language of politics, but in the language of Jesus,” — the newspaper quoted the head of the Catholic Church.

The Moscow Patriarchate then considered that the Pope had chosen an “incorrect tone” in his interview.