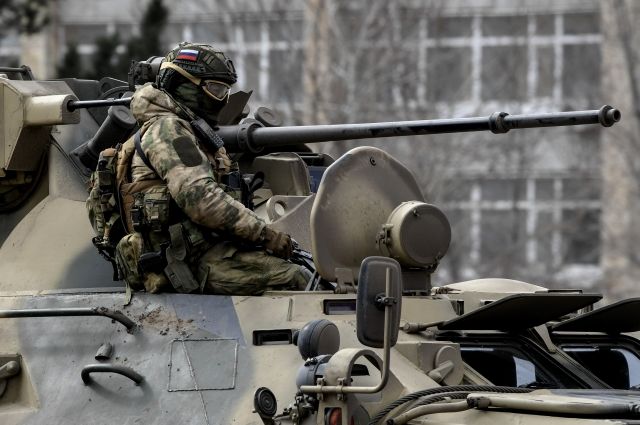 Russian servicemen destroyed T-72 tanks and other armored vehicles supplied by Eastern European countries with high-precision missiles, located in the buildings of a wagon-repair enterprise on the outskirts of Kyiv, the RF Ministry of Defense reports.

Also in several settlements of the DPR, factory workshops were destroyed, in which military equipment damaged during the hostilities was repaired and restored for the Armed Forces of Ukraine.

In addition, control points  81st and 95th air assault brigades of the Armed Forces of Ukraine, as well as six areas of concentration of manpower and Ukrainian military equipment.

Tochka-U tactical missiles intercepted in a day and  three Ukrainian shells of the Uragan multiple launch rocket system were shot down, the department added.

In April, it became known that Poland began supplying Ukraine with Soviet-style armored vehicles, in particular T-72 tanks. According to some reports, Warsaw delivered to Ukraine the first batch of T-72 tanks removed from storage. How many tanks were in the party — it is not known, but in total, the Poles intend to supply the Armed Forces of Ukraine, according to various sources, from 100 to 500 MBT T-72M.