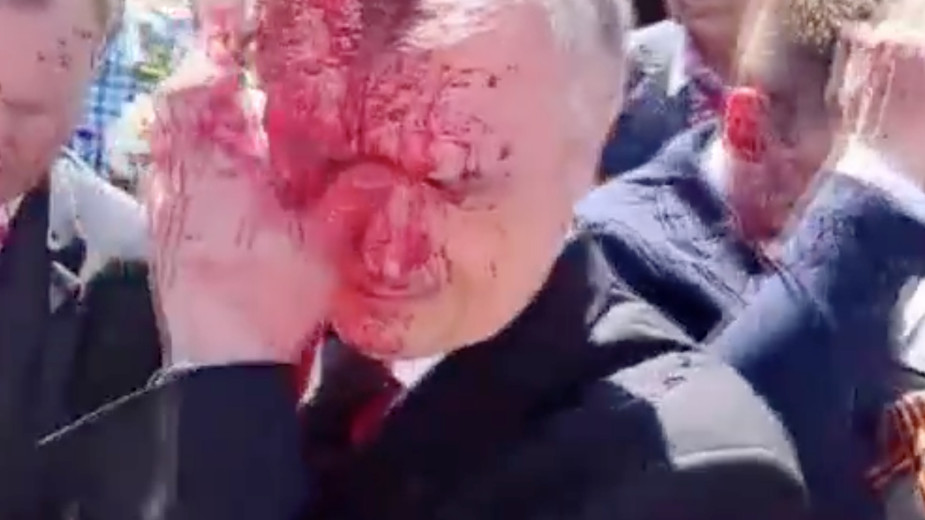 The Russian Foreign Ministry demanded an apology from the leadership of Poland in connection with the attack on the ambassador in Warsaw on May 9, the diplomatic department notified the Polish ambassador Krzysztof Krajewski about this, reports the Ministry of Foreign Affairs in Telegram.

«K. Kraevsky was told that the Russian side expects an official apology from the Polish leadership in connection with what happened and demands to ensure the safety of the Russian ambassador and all employees of Russian foreign missions in Poland. The decision on further steps will be made depending on the reaction of Warsaw to our demands, — the message says.

The Foreign Ministry noted that Poland did not ensure the immunity of the Russian diplomat, thereby violating the Vienna Convention on Diplomatic Relations.

The Polish Ambassador was summoned to the Russian Foreign Ministry after the incident with Russian Ambassador Sergei Andreev, who when visiting on May 9, the cemetery of Soviet soldiers in Warsaw was doused with red liquid.

According to Wydarzenia, a group of Ukrainians were waiting for the ambassador at the cemetery. After his arrival, a fight broke out, and the ambassador himself was doused with a red liquid. Andreev told RIA Novosti that the substance tasted sweet, calling it syrup. The ambassador noted that in addition to laying flowers, the Immortal Regiment action was planned in Warsaw, but the Polish side did not recommend holding this event.

Read on RBC Pro Pro How a participant in public procurement to defend their rights in a period of change: 5 tips Instructions Pro A new stage of capital amnesty: who and what will the authorities forgive Articles Pro Why and how to refuse overtime work Articles Pro How to abandon the Western system of personnel management Instructions Pro Ten Ways to Help Managers Avoid Burnout Instructions Pro Consulting services are in demand more than ever: what companies want Articles Pro Humanely, but with the calculation: how to sell in a crisis and not burn out Articles Pro How goods with an “unfriendly” patent will be sold in Russia Articles

The head of the Ministry of Internal Affairs of Poland, Mariusz Kaminski, called “understandable” emotions of Ukrainians who participated in the attack on the Russian ambassador. Polish Foreign Minister Zbigniew Rau, in turn, stressed that any representatives of foreign diplomacy deserve protection, regardless of agreement or disagreement with the policies of their countries.

The Russian Foreign Ministry protested Warsaw over the incident and accused the Polish the police in inaction at a time when the “extremists” used violence against the ambassador and other members of the diplomatic mission. Andreev himself admitted that the attack on him could have happened with the participation of Polish special services.