Foreign influence can be interpreted in any way you like

As you know, bacteria, viruses and other enemies of the body do not live in absolute sterility. But in it there is no life in principle. The deputies of the State Duma, perhaps, did not study biology well, otherwise they would not have come up with bills that kill journalism, and with it all life in society (there is no rule of law without free media). 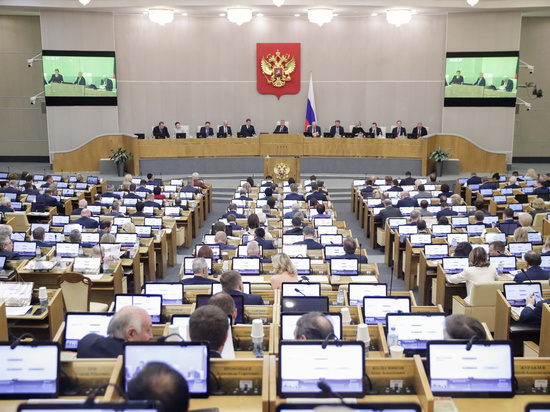 The new draft law on foreign agents allows this status to be granted to any journalist (and not only, but to him in the first place), if some forces say that he is “under foreign influence.” It's like a vasectomy (a surgical operation that leads to sterility, the inability to have offspring), which the “servants of the people” want to carry out with the whole country.

On Monday, April 25, the deputies submitted to the State Duma a draft law “On control over the activities of persons under foreign influence.” It expands the list of those who can be recognized as a foreign agent. The main frightening innovation is that it will be possible to obtain the status without any foreign funding. Two signs will suffice: it is under foreign influence and carries out, I quote, “activities for the dissemination of messages and materials intended for an unlimited circle of persons, as well as participation in their creation.” Absolutely all journalists, as you understand, automatically fit the second condition – after all, this is the profession itself. As for the first one, it's an open question.

The authors of the bill write that “foreign influence” should be understood as cases where a foreign source (for example, an international organization) influences a person, including “by coercion and persuasion, as well as in other ways.” How in practice it is worth interpreting the impact on someone by persuasion (I’m not even talking about “other forms”) is not clear. But it is obvious that any press conference or statement by an international organization, any comment from its representatives falls under this. Let's say a journalist writes: “In the opinion of WHO …”, or he indicates: “The UN believes that …”. Such a journalist, one must think, according to the deputies, is under foreign influence, and he is a candidate for foreign agents.

In theory, even quoting great thinkers and scientists can be considered foreign influence. He referred to Aristotle, Kant, Einstein – a foreign agent. And even if he did not refer, but criticized the authorities in his journalistic material, what will prevent some forces from declaring that they see “foreign influence” in this? What are these “traces of the pernicious influence of the West”? Nothing. The justification for this, believe me, will be found.

But God bless us journalists. The new bill concerns absolutely all human rights defenders, scientists, teachers, etc. The participation of Russians in any international work becomes simply impossible. We ourselves will conclude in such a wild isolation that even the USSR could not dream of. Even during the Cold War, humanitarian cooperation (scientific, professional) developed and helped to find supporters and generally create a positive image of our people. This is what soft power is all about. And what will happen now? Who will hear us if all Russians are afraid to talk and cooperate with foreigners? And how then can we change the sad global trend towards “the abolition of Russian culture”? The authors of the draft law on the future clearly do not think or are afraid to think. As science fiction writer Aldous Huxley said, when a person is surrounded by distrust, he begins to distrust himself. In the sterility that the deputies want to create, they themselves will not survive.

It became known that the senators call the bill premature. But you definitely shouldn't relax. Others propose truly draconian amendments to the bill. One of them, for example, assumes that all media workers who already have such a status are automatically considered foreign agents. And these are hundreds, if not thousands of people.